When it comes to in-flight entertainment, it all depends on your mood.

From light-hearted flicks to ones that'll capture your attention and keep you hooked for hours, here are some of the best movies to watch on a plane.

Need something light to ease the stress of travel? Watch a hopelessly fun flick like 'Notting Hill' (1999).

Between security, missed flight connections, and your seatmate hogging the armrest, travel has plenty of reasons to be stressed — but a playful film can help you relax.

Nidhi Gupta, travel blogger and filmmaker at Means2Madness, told Insider that 'Notting Hill' is a great choice if you want to de-stress.

The 1999 film is a sweet romantic comedy featuring an independent-bookstore owner (played by Hugh Grant) who loves a movie star (played by Julia Roberts).

'Airplane!' (1980) is perfect if you really need some laughs and want a classic.

Film reviewer Ruth Walker at Ruthless on Film said 'Airplane!' is an appropriate and funny choice for any flight.

'The '80s classic 'Airplane!' [is] hilarious and hasn't lost any charm,' she told Insider.

The film, which stars Robert Hays and Julie Hagerty, is about a flight that goes wrong in all the best possible ways. Hilarity ensues.

Mike Stommel, travel public-relations professional and agency owner at Lucky Break PR travels across the country every few weeks, and he told Insider that 'Bridesmaids' is one of his go-to picks for in-flight movies.

'With the stress of everyday work, I love disconnecting from my day-to-day routine and getting a few laughs in while I fly,' he added. 'When watching a comedy with headsets, be mindful not to laugh out loud too much.'

Kristen Wiig co-wrote and stars in 'Bridesmaids,' which follows Annie, a woman whose life is falling apart while her best friend (played by Maya Rudolph) gets engaged. Single and nearly broke, she tries to keep up with the duties as maid of honor.

If you're from the US and a little homesick, watch something that will bring home to you, like 'Rush Hour' (1998).

'I usually watch something that's a (US) classic for me because it helps with homesickness. Last flight I was on, they had 'Rush Hour' and I loved it,' frequent traveler Ebony Brown told Insider. 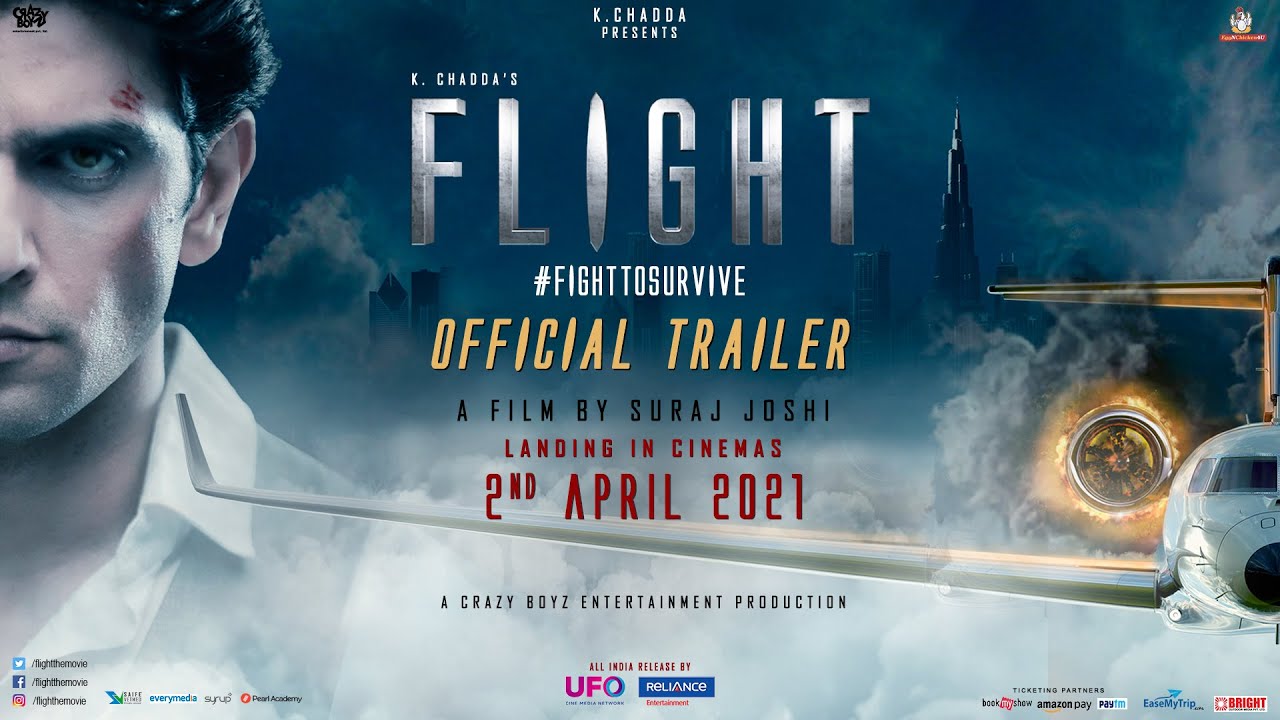 In the film, a Chinese diplomat's daughter is kidnapped, and the most unlikely duo ends up hot on the case: Jackie Chan and Chris Tucker.

Fuel your wanderlust even more with 'The Secret Life of Walter Mitty' (2013).

'I watch 'The Secret Life of Walter Mitty' just about every time I fly. My job takes me off the beaten path, so I watch Walter Mitty to get pumped and to embrace adventure! It reminds me why I love exploring,' digital nomad Sarah Vandenberg told Insider.

Based on a short story by James Thurber, this film follows an ordinary man who experiences extraordinary things by getting out of his comfort zone. The stunning cinematography will fill you up with a desire to travel.

The daydream-prone protagonist, Walter (played by Ben Stiller, who also directs the film), travels the world in search of a lost negative for his job. The audience sees him transform from a sheepish man content with a predictable life to someone adventurous and inspiring.

'The Wedding Dress,' a Korean drama, is the best tearjerker you might not have watched yet. It's not unusual at all to get a little more emotional and cry on planes, so let it out with 'The Wedding Dress,' a modern classic that can satisfy your need for a tear-jerker.

The film follows a single mother who discovers she has a terminal illness, and she then sets out to do everything she can for her daughter with her limited days left, including making a wedding dress.

If you get bored easily on long-haul flights, capture your attention with 'The Lord of the Rings' trilogy.

'The Lord of the Rings' trilogy is a truly epic series in every sense that will keep you riveted for at least nine hours.

The film follows Frodo (Elijah Wood) and Samwise Gamgee (Sean Astin) as they return The One Ring to Mordor, but it includes a large cast you'll inevitably fall in love with.

'I find flights tend to be an environment for making stronger emotional connections to characters in films, and you can't help but be moved by the various events throughout the three movies,' Laurence Norah, travel blogger at Finding the Universe, told Insider.

'Toy Story' (1995) is a classic that's perfect for watching with kids.

All four 'Toy Story' films can appeal to adults and kids while providing comfort and laughs.

'Some movies are the cinematic equivalent of a safety blanket, and the 'Toy Story' films definitely fall under that umbrella. They seem to be staple entries on most airlines' entertainment systems, which makes them an easily accessible source of comfort on even the most miserable plane rides,' Alanna Smith, editor at TravelPirates, told Insider.

While traveling for the holidays, consider viewing 'Love, Actually' (2003).

Staffo Dobrev, the public-relations manager and budget-travel expert at Wanderu usually travels home for the holidays and this film in particular marks the start of the festivities.

'It has actually become sort of a tradition for me. The movie itself is a buildup to Christmas and it's a perfect way to warm your heart right before the holidays,' Dobrev told Insider.

The film, set in the United Kingdom, follows multiple storylines, most of which delightfully intersect in subtle ways. It's got an all-star cast, including Liam Neeson, Laura Linney, Bill Nighy, Hugh Grant, and many more.

How Do I Download Movies To My Macbook For A Flight

Dobrev said he loves the film's final scene in the airport, adding that 'it makes me that much more excited about seeing and hugging my family right after that flight.'

This historical drama, directed by and starring Ben Affleck, is based on an event during the Iran hostage crisis during 1979 and 1980.

Tony Mendez (played by Affleck) is on a mission to save six Americans from almost certain execution, and his grand plan involves posing as a Hollywood producer and training the refugees to act as a film crew.

Amy Hartle, travel blogger at Two Drifters, said the film is incredible and simply perfect for a flight.

'Not only did it completely rivet me, making hours of the flight pass in the blink of an eye, it kept me pleasantly on the edge of my seat. I find the distraction of an emotionally-engaging film matches well with the excitement and adrenaline I feel on a flight,' she told Insider.

If you'd rather have the chance to get a little sleep, then look to a favorite you won't mind dozing off during, like 'The Princess Bride' (1987).

Sometimes putting on a beloved film is the best way to soothe you to sleep on a long, uncomfortable flight.

'Princess Bride' could be a great choice, especially since it's told like a bed-time story.

The narrator (Peter Falk) sits down with his sick grandson (Fred Savage) to tell him a story as he rests in bed. Characters played by Cary Elwes, Robin Wright, Mandy Patinkin, Christopher Sarandon, and so many more then come to life.

'Legally Blonde' (2001) is sure to put a smile on your face, no matter how exhausted you might be from your trip. 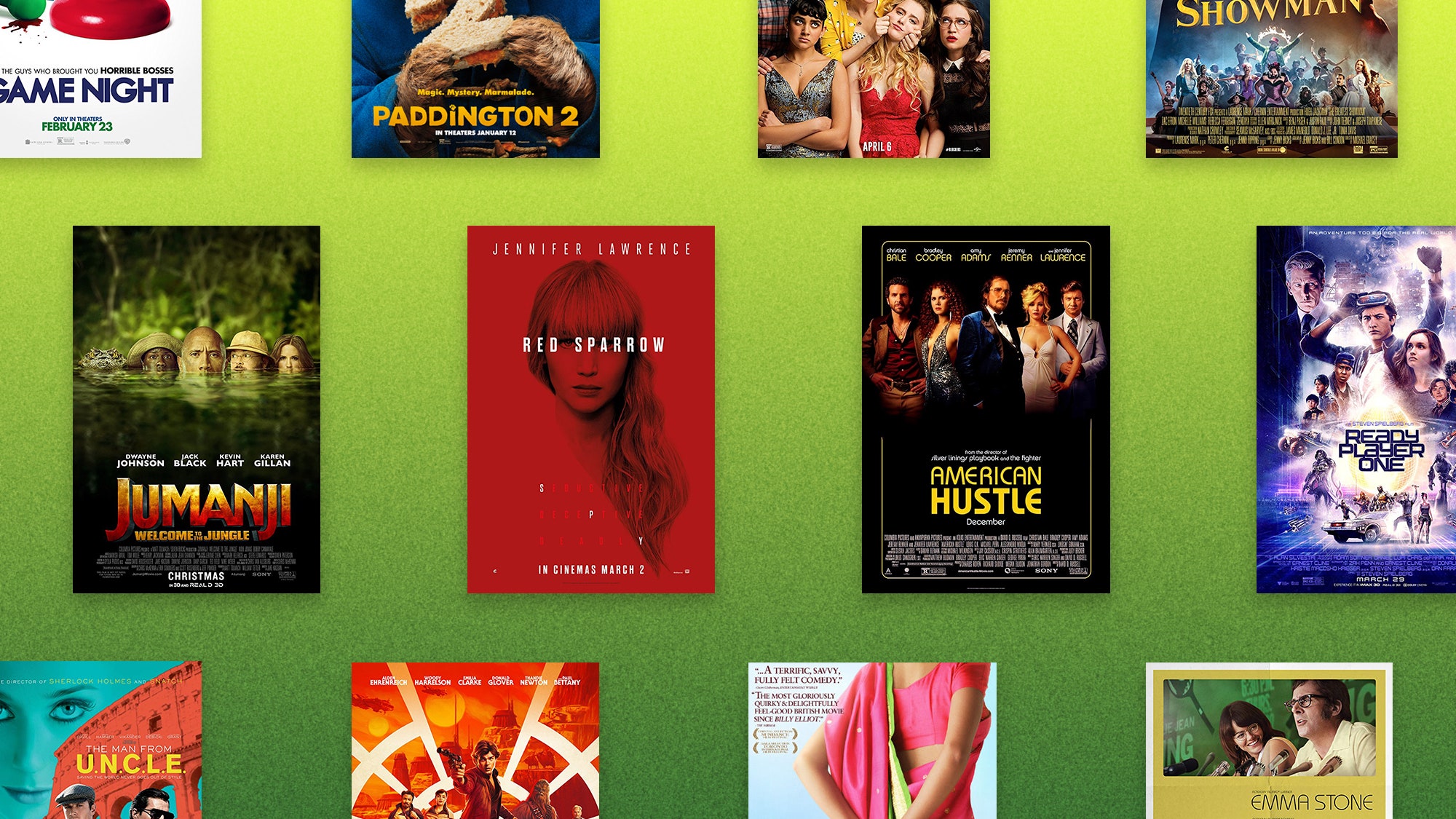 Not only is 'Legally Blonde' a clever, humorous film, but also it can leave you feeling inspired by the time your plane lands.

If Elle Woods (played by Reese Witherspoon) can turn her life around, ditch that loser, and become a lawyer, you can surely conquer any long flight.

'It's light-hearted and always leaves me in a good mood,' Adrienne Clement, travel blogger at Bucket Half Full told Insider, speaking of the film.

Put on 'The Fifth Element' (1997) for those times you want to be transported to another planet.

Equally fantastical and fun, 'The Fifth Element' is a sci-fi flick that follows gruff Korben Dallas and his quest to save the world. He works to reunite the human form of the fifth element, a wide-eyed woman named Leeloo, with the other four to prevent evil from destroying the world completely.

Viktoria Altman, a travel writer and photographer, told Insider it's a funny film to watch on a plane if you're looking for a sci-fi entry.

'Bruce Willis in the 1990s, a brilliant female lead by Milla Jojovic, and the stunning visuals from director Luc Besson — this is a sci-fi classic that was way ahead of its time. 'The Fifth Element' also features a brilliant performance by Chris Tucker as a laugh-out-loud funny and ultimately brave Ruby Rhod,' she said.

If you're looking for an inspiring tear-jerker that's filled with catchy tunes, consider tuning in to Disney Pixar's 'Coco.'

The flick follows protagonist and aspiring musician Miguel (voiced by Anthony Gonzalez) who somehow ends up in the Land of the Dead, and he must enlist the help of his deceased great-great-grandfather to get him back to the living.

Talita Ferreira, public-relations specialist for Brand Expedia in Latin America told INSIDER, 'The ['Coco'] soundtrack is amazing. It's no wonder why it won the Oscars for best original song. I dare people to watch the movie without crying just a little, or without singing the theme song.'

If you're worried that something will go wrong on your trip, put your mind at ease with 'National Lampoon's Vacation' (1983).

If you're looking to lift your spirits and quell your travel worries by watching a trip that goes hilariously wrong, try 'National Lampoon's Vacation,' starring Chevy Chase and Beverly D'Angelo.

'The 'perfect' vacation doesn't exist, and sometimes it's about the metaphorical journey and not the destination. And after going through the anxiety of packing, the challenges of airport security and the boredom of waiting around to board a plane, 'National Lampoon's Vacation' offers the perfect cure-all: a ton of laughs to forget it all,' Lynn and Justin, the travel bloggers behind Mad Hatters NYC told Insider.

If you're indecisive and can't choose between comedy, drama, or adventure, 'Up' (2009) offers a little bit of everything.

This 2009 film from Pixar will likely have you in tears within the first 10 minutes, but it's also jam-packed with laughs and action.

It follows grumpy, stubborn Carl (voiced by Ed Asner) as he tries to fulfill his late wife Ellie's dreams of visiting their childhood dream destination, Paradise Falls. He makes some unlikely friends along the way, like the endlessly curious Russell (voiced by child actor Jordan Nagai) and a trusty golden retriever named Dug (voiced by Bob Peterson).

As Peter Bradshaw summed it up well in his review for The Guardian, it's 'a lovely, charming and visually stunning family comedy which can leave no heart unwarmed.' Get a daily selection of our top stories based on your reading preferences.

SEE ALSO:Movies to watch this fall and winter