I’m automatically suspect of any horror film with Satan or Devil in the title. It’s a mixed bag at best. For every 25 The Devil Inside, you get one Ti West winner like The House of the Devil. It’s arguably the most cliché genre in horror, producing dozens of one star throwaway films. In the right hands, however, the film in question can flow with a satanic confidence of sorts, knowing its main theme is one of original and worldwide evil, and that’s an awfully wide criterion for this kind of genre film. Spanish director, Adrián García Bogliano (The ABCs of Death, letter “B” is for Bigfoot) approaches this film with raw intent and I think it works for the most part.

Felix (Francisco Barreiro) and Sol (Laura Caro) lose their kids on a family trip to Tijuana. The family trip turn tragic when their young son and daughter go missing in a cave. After some time the kids return home as if nothing ever happened. In traditional horror fashion, the kids quickly prove to be much different from when they temporarily vanished. Already stressed over the standard married issues, the space between grows when Sol becomes suspicious of the kids and intends to prove something has changed.

Here Comes the Devil was a refreshing film to me. It sticks to its title, delivering an often times hard to watch story punctuated with mistrust, misogyny, and a borderline pornographic sexual theme. I think most horror fans are used to taboo, even satanic influence in films, and will watch the film with a grain of salt. What works in this genre might not work in another genre, so I urge you to watch this with that attitude. The escalating horror becomes darker and darker, tapping into the ages old power of Satan. The film features a couple of intense supernatural rape scenes, and ramped up the subject in my opinion. Nothing about this offended me, but others might not fare as well. 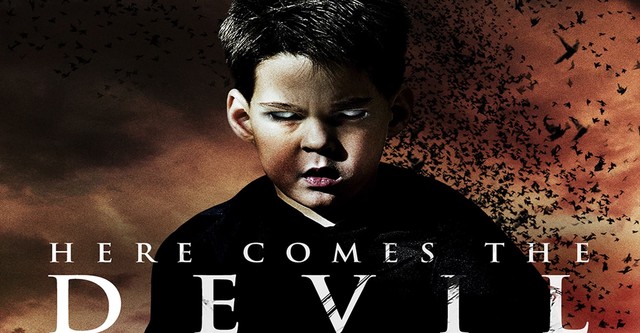 If you truly love horror, this could go either way for you. For me, I found it to be a harsh reminder that horror doesn’t need to throttle itself. I’ll take it as evil as it comes as long as it serves the film.